Conferment Ceremony of the Spring 2022 Decorations on the Hon. Tony Abbott, former Prime Minister of Australia

2022/7/19
On 14 July, the Hon. Tony Abbott, former Prime Minister of Australia, in recognition of his exemplary achievements in strengthening both the relationship and ties of friendship between Japan and Australia, received the Grand Cordon of the Order of the Rising Sun as part of the Spring 2022 Decorations on Foreign Nationals. The Hon. KANEKO Yasushi, Minister for Internal Affairs and Communications, attended the conferment ceremony.

The ceremony took place at the Ambassador’s Residence in a relaxed atmosphere, attended by members of Mr Abbott’s family and former colleagues.

After Ambassador YAMAGAMI praised former Prime Minister Abbott for upgrading the ties between both countries to that of a “Special Strategic Partnership” while simultaneously deepening the depth of bilateral engagement, a congratulatory video message from former Prime Minister ABE Shinzo to Mr Abbott was screened, which was recorded prior to Mr ABE’s sudden passing.

Thereafter Mr Abbott made an address-in-reply, which was followed by a celebratory toast led by Minister KANEKO. It was a ceremony that symbolised the deep level of friendship shared between Japan and Australia. 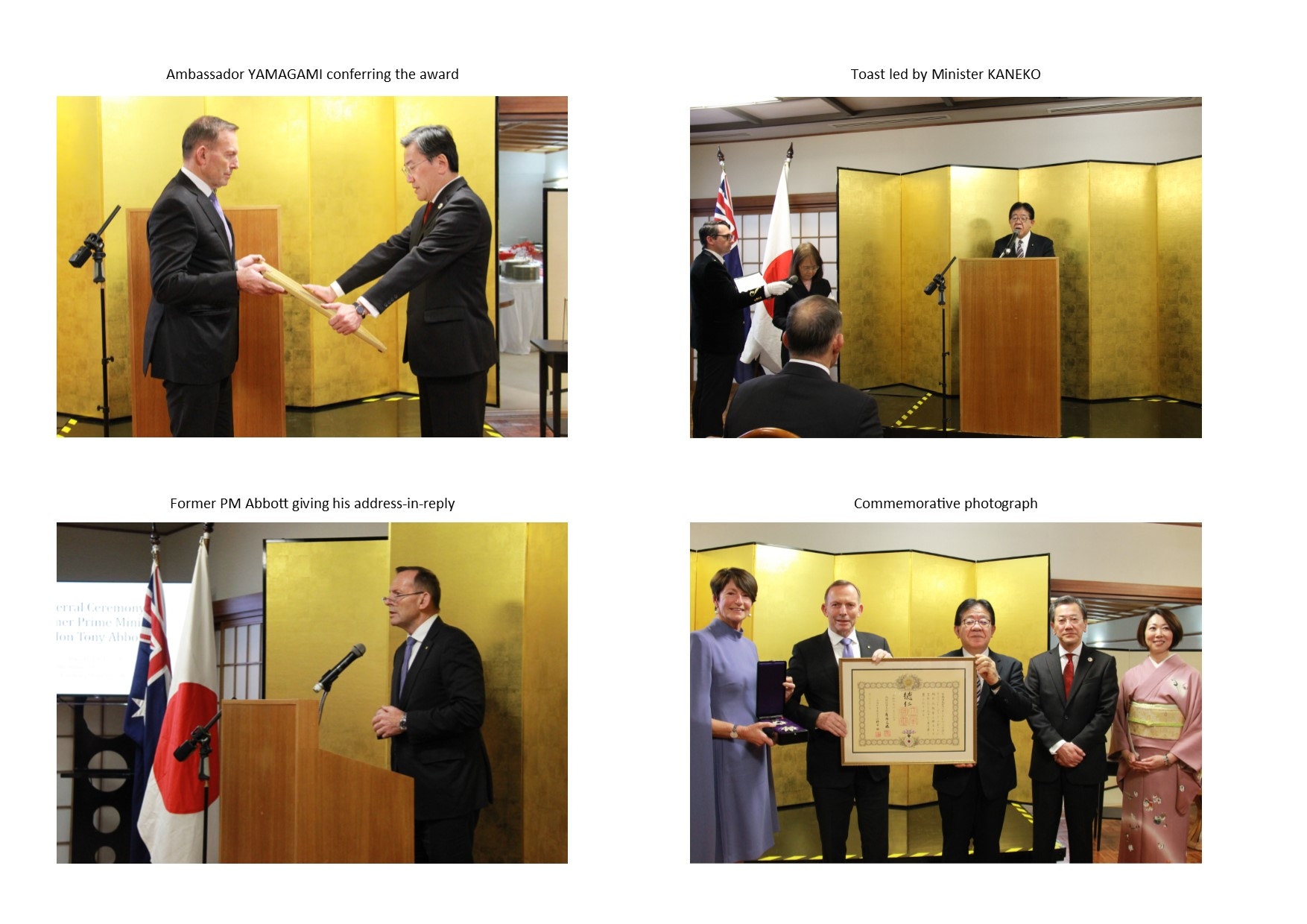