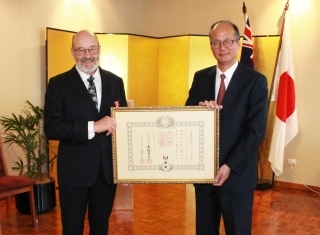 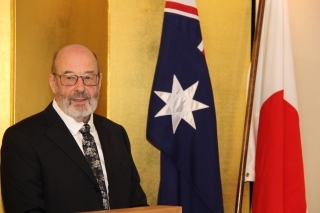 Remarks by Mr Hodgkin
On Friday 31 July 2020, Mr. Michael Arnold Hodgkin, Former President of Australia-Japan Society (ACT) Inc., was bestowed The Order of the Rising Sun, Gold Rays with Rosette in the 2019 Autumn Conferment of Decorations on Foreign Nationals, for his contribution to promoting Japanese culture in Australia and fostering mutual understanding between Japan and Australia.

Held at the Japanese Ambassador’s official residence, the ceremony was attended by    Mr Hodgkin’s family in a warm and friendly atmosphere. In his congratulatory remarks, Ambassador Takahashi thanked Mr Hodgkin for his enormous contributions. The ceremony concluded with remarks from Mr Hodgkin. 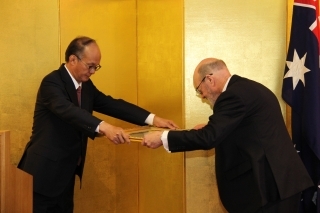 Conferral of the Award 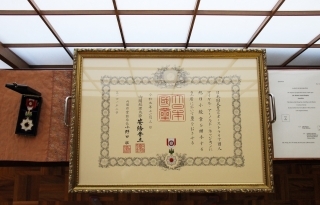 Order of the Rising Sun medal and certificate