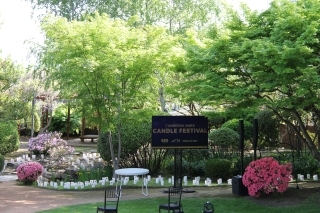 Japanese garden at the Ambassador's Residence Tokae candles
Due to COVID-19 safety restrictions, the annual Canberra Nara Candle Festival could not be held in the park as a public event this year. Instead, the Embassy of Japan accepted the ACT government’s proposal to hold a Lighting Ceremony in the Japanese Garden at the Ambassador’s Residence, which was held on the 15th of October. 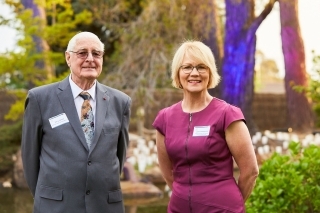 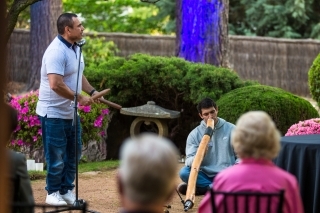 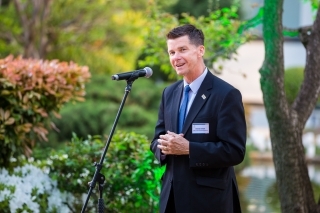 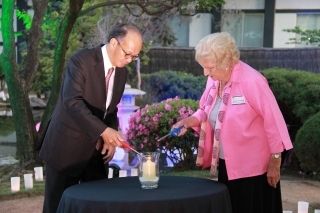 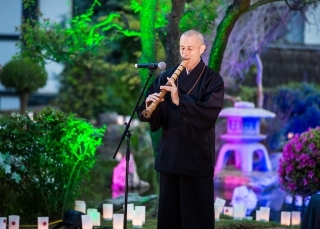 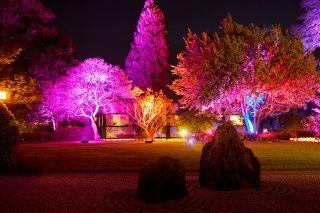 Japanese garden at the Ambassador's Residence
The garden was decorated with 1200 candles and special lighting shone over the tranquil garden setting. With this magical backdrop, the ceremony concluded with Dr Riley Lee’s shakuhachi performance. The scenes of the lighting ceremony were professionally recorded on the resulting video can be viewed on the Candle Festival 2020 official website by the ACT government. This was the first time that the Candle Festival was presented online, and its content has been enhanced with a campaign called “Itadakimasu”, promoting local Japanese restaurants and eateries, craft ideas, and various Japan related businesses in Canberra. In addition, useful information by the Japan National Travel Organisation (JNTO) and the Council for Local Authorities for International Relations (CLAIR, Sydney) are now available on the same website to promote not only Japanese culture and tourism but also a deeper understanding of Japan in Australia.