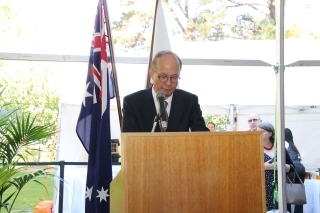 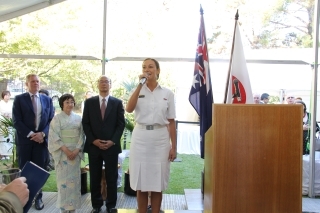 Performance of both national anthems by Able Seaman Leigh Robke from the RAN Band
On 27 February 2020, a reception celebrating the birthday of His Majesty the Emperor was held on the grounds of the Ambassador’s Residence. This year’s reception saw attendance by around 350 guests, including The Hon Tony Smith MP Speaker of the House of Representatives, The Hon Sussan Ley MP Minister for Environment along with various federal government officials, Ambassadors, academics, Japanese company representatives, and representatives from the Japanese community.

In his speech Ambassador Takahashi expressed his sympathy for those affected by the devastating bushfires that swept across Australia and his wishes for a fast recovery in affected communities. Ambassador Takahashi noted this year’s reception was a special occasion, not only because this was the first time for him as Ambassador to Australia to host the event, but because this reception was held for the first time in the era of “Reiwa”. Ambassador Takahashi spoke of the Special Strategic Partnership between Japan and Australia growing even stronger and expressed his hope that all Australians felt the unwavering friendship between the two countries during this difficult time through the deployment of transport aircrafts of the Japan Self-Defense Forces to support the fight against bushfires.

This year’s reception saw corporate exhibitions on the grounds of the residence. Guests were able to enjoy the atmosphere in the residence gardens, with various stalls offering sushi, soba, and other Japanese cuisine, along with Japanese saké, whisky, beer and other beverages, and a great many guests expressed their gratitude for being invited to the event. 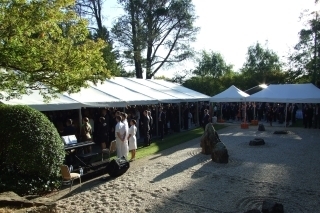 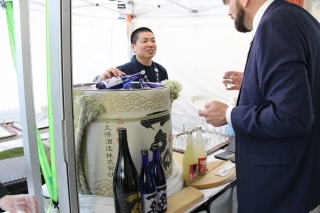