Film Screening of Hayabusa – The Long Voyage Home, to celebrate the return of Hayabusa2 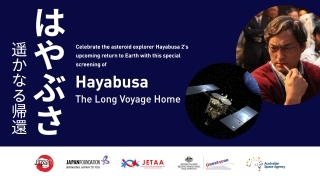 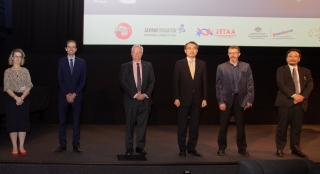 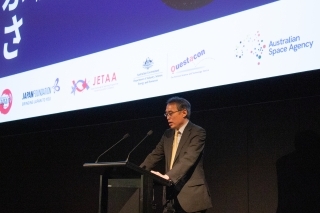 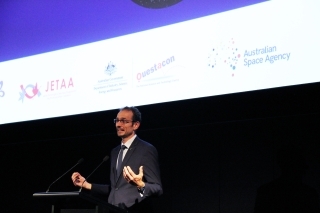 Mr Anthony Murfett, Deputy Head of Australian Space Agency
In time for the anticipated landing of Hayabusa2 in early December, the Embassy together with the Japan Foundation Sydney, the Australian Space Agency, The National Science and Technology Centre (Questacon) and the Japanese Exchange and Teaching Programme Alumni Association Canberra (JETAA Canberra), held a film screen of Hayabusa, The Long Voyage Home on the 19th of November.

Hayabusa2 is scheduled to bring a sample capsule back from near-Earth asteroid Ryugu to Woomera, SA on the 6th of December. The Japan Aerospace Exploration Agency (JAXA) has been preparing for the return of the sample capsule in Woomera with assistance from the Australian government.

There was a live video-call with Hayabusa2 Sub-Manager, Mr Satoru Nakazawa who was in Woomera preparing for the sample capsule’s return.

In the foyer, there was a display of the original Hayabusa model and a Questacon staff member welcomed guests in an astronaut suit. 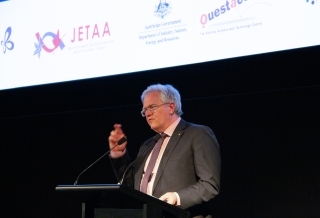 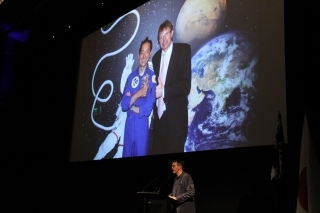 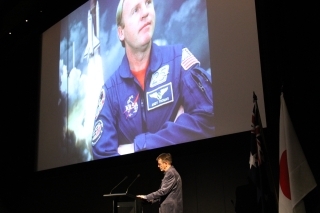 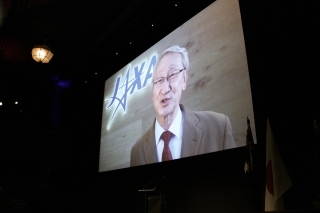 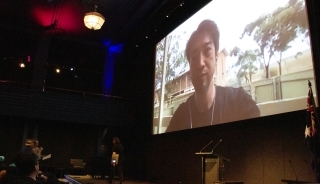 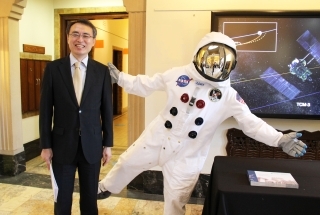 Minister Omura and the astronaut man 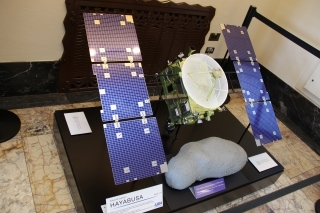 Model of the original Hayabusa 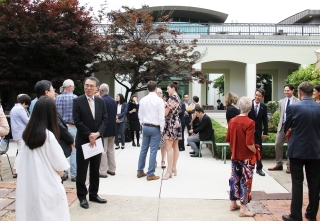 Guests in the courtyard