2022/2/7
On 4 February, in recognition of her contribution to strengthening bilateral relations and promoting friendship between Japan and Australia, the Grand Cordon of the Order of the Rising Sun was conferred upon former Prime Minister of Australia, the Honourable Julia Eileen Gillard AC, as part of the Spring 2021 Foreign National Decorations.

The conferment ceremony was held at the Ambassador’s Residence in an atmosphere of conviviality, attended by Ms Gillard’s former colleagues. Ambassador YAMAGAMI celebrated Ms Gillard and her many extraordinary contributions to the bilateral relationship, including being the first foreign leader to visit the disaster-affected areas following the Great East Japan Earthquake. Former Prime Minister Gillard then returned the compliment in her speech. 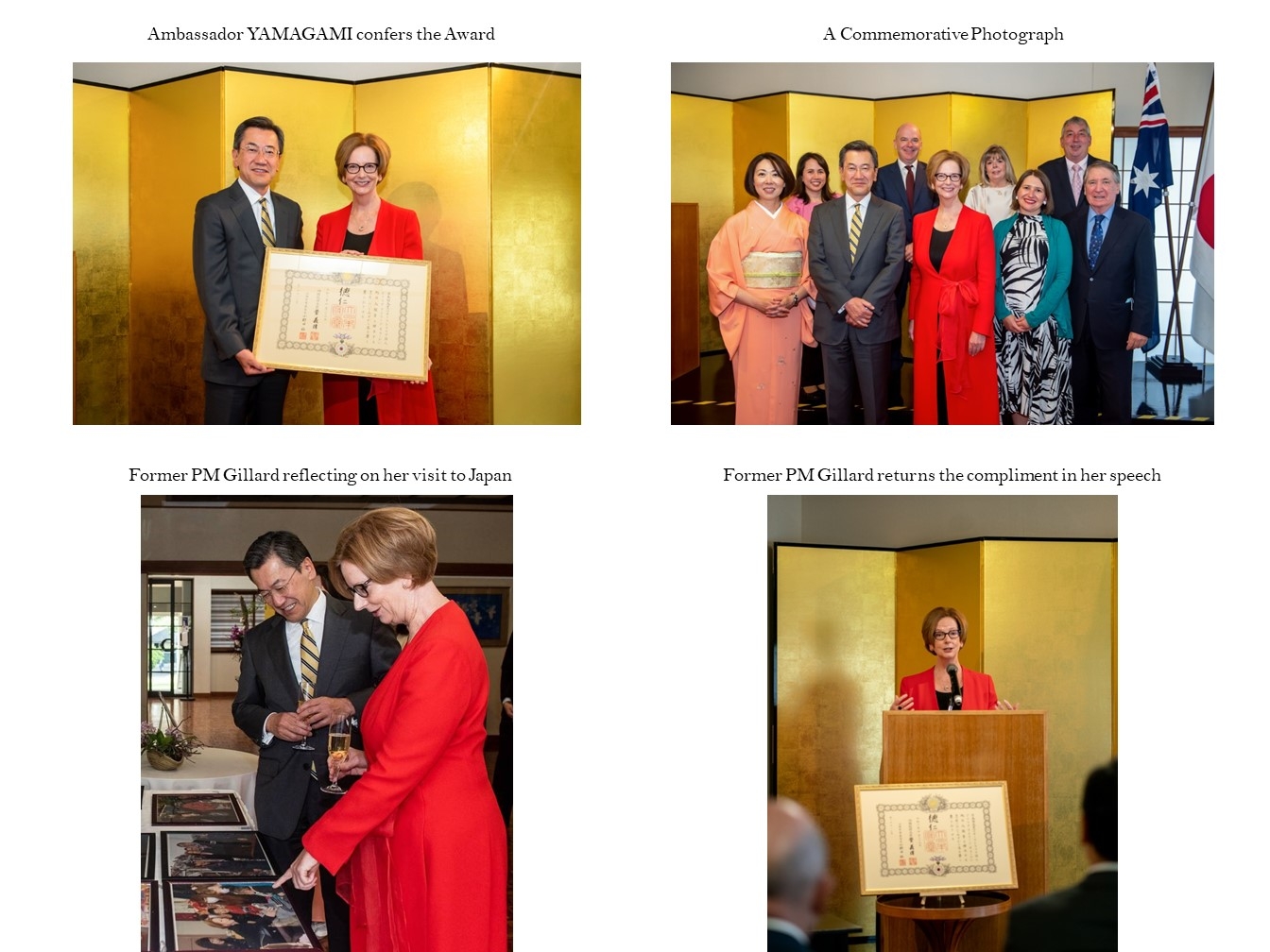