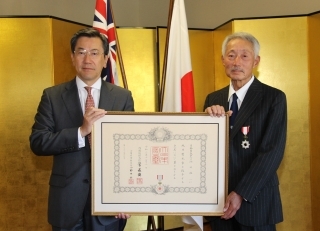 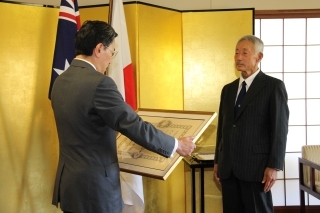 Ambassador presenting the certificate
On 8 April, Dr IKEDA Shunichi, former Director and Senior Lecturer of the Japan Centre, Department of East Asian Studies at the Australian National University was bestowed The Order of the Rising Sun, Gold and Silver Rays in the 2020 Autumn Conferment of Decorations for his contribution to Japanese language education in Australia and promoting friendship between Japan and Australia.

Held at the Japanese Ambassador’s official residence, the ceremony was attended by Dr Ikeda’s family, friends and his former students in a warm and friendly atmosphere. In his congratulatory remarks, Ambassador Yamagami thanked Dr Ikeda for his enormous contributions. The ceremony concluded with remarks from Dr Ikeda. 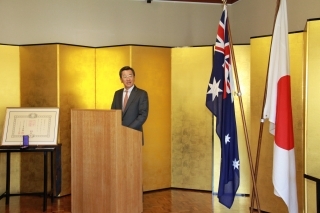 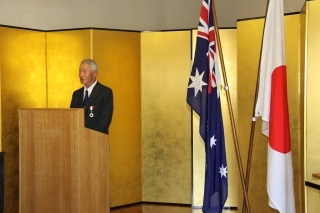 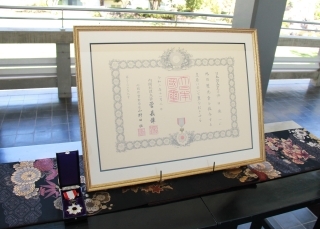 The Order of the Rising Sun, Gold and Silver Rays medal and certificate